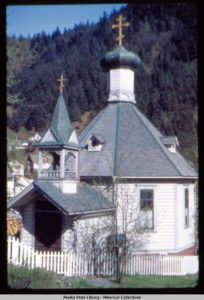 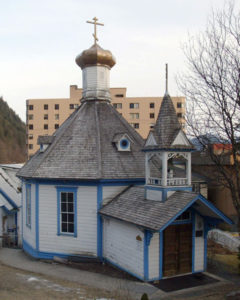 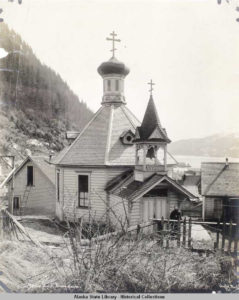 We need your help!  In 1894, a diverse yet single-minded group of people joined together to build our Church. Native Alaskans, Serbian miners, a few Orthodox townspeople from other cultural heritages, and even some non-Orthodox Christians took up a call for the building of a Russian Orthodox Church in our young but energetic town.  The Church was named after St. Nicholas of Myra, the Wonderworker.  In the last century most other buildings of the Russian period have collapsed or been replaced, leaving St. Nicholas as not only the oldest continually-functioning Orthodox Church building in Southeast Alaska, but also one of the oldest standing structures from the Russian period in the state.  The unique status of this building has made St. Nicholas a Juneau landmark and many friends among history lovers throughout the world.

Our historic building is now showing the signs of its more than 125 years of continuous use.  The foundations are insufficient, the bell-tower has been removed since 2007 to prevent its collapse, and historic artifacts such as the 127-year-old hand-stitched epitaphion/plashchanitsa are dangerously unprotected.  The Church was built in a unique octagon style with an original iconostasis, icon set, brasswork, and banners shipped from Russia.  We continue to use these in our worship.  Our Church responded to the needs of the native Tlingit people by providing an Orthodox church which conducted services in their language, and we currently have the only icons of Christ and St. Nicholas in the world which feature titles written in Tlingit.

Phase one of our renovation included repair and regilding the Church dome, rebuilding and reinstalling the bell-tower, drainage work and stabilizing the foundations of the building.

Phase two of our project will include construction of a new foundation for the Original Rectory, backing the building up from the sidewalk to allow us to restore it’s original street facing facade, and full restoration of the interior. The new foundation for the Old Rectory will include a mechanical room where we will install a contemporary fire-suppression system to protect both the church and the Old Rectory.

Additional work will be done as donations allow.

Your donation is sincerely appreciated and crucial to preserving this unique piece of Juneau’s history! 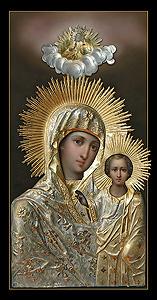 With Grateful Thanks to:

Russian Orthodox Sacred Sites in Alaska (ROSSIA) has been instrumental in Phase I of our preservation project. 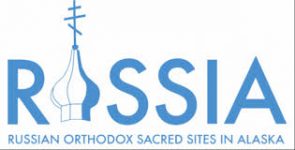